CDER Expedited Pathways: Why Do Some Drugs Get Approved Quicker than Others? 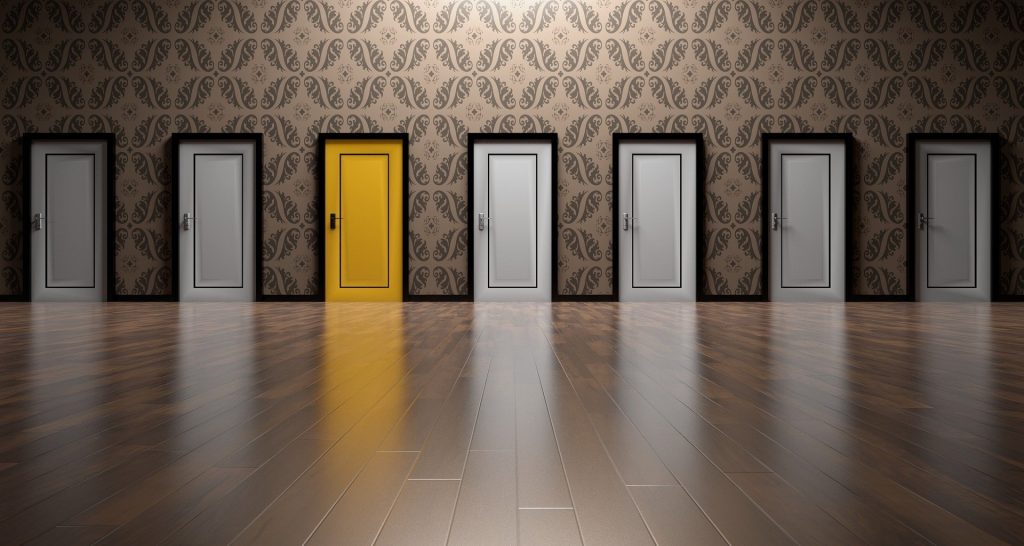 Many new drugs that get to market today are reviewed and approved under one of the Center for Drug Evaluation and Research’s (CDER) expedited approval pathways. In 2018, 43 of the 59 new drugs approved by the FDA were reviewed through an expedited approval pathway. These pathways were developed after criticism from patient groups during the AIDS epidemic in the 1980s that the FDA took too long to approve potentially lifesaving new drugs.

Here’s a brief overview of these four pathways.

Fast Track designation was introduced by the FDA Modernization Act (FDAMA) in 1997 and amended by the Food and Drug Administration Safety and Innovation Act (FDASIA) of 2012. Fast Track is granted to drugs intended to treat serious or life-threatening conditions, with data that demonstrate the potential to address an unmet medical need. “Serious conditions,” according to the guidance document, are persistent or recurrent and associated with morbidity that substantially impacts day-to-day functioning; an unmet medical need is a condition for which available therapy does not provide adequate treatment.

The goal of Fast Track is to get important new products to patients faster than traditional NDA approval. One of the benefits of Fast Track is a rolling review, in which the FDA allows sponsors to submit their NDA in sections as they complete them. Fast Track also increases the probability of Priority Review (see below), and other actions to expedite development and review, such as more opportunities for FDA interaction.

The use of surrogate endpoints can expedite the time to approval of a new drug. Still, sponsors must confirm clinical benefit in a confirmatory study or the drug may be withdrawn from the market. Sponsors should discuss the potential for Accelerated Approval early on in development, as studies need to be designed using established surrogate endpoints, and the FDA does not have a set timeline for response.

In both 2017 and 2018, CDER only approved 10 NDAs with Accelerated Approval. These approvals included AstraZeneca’s Imfinzi (durvalumab) for treatment of non-small cell lung cancer (NSCLC) and Bayer’s Vitrakvi (larotrectinib) for adult and pediatric patients with solid tumors.

Priority Review designation was initiated under the Prescription Drug User Fee Act (PDUFA) of 1992 to grant faster review to drugs that offer major advances in treatment or treatment for conditions with no existing adequate treatment. As dictated by PDUFA V, standard NDA review time is 10 months, and six months for applications with Priority Review. There are additional avenues to obtaining Priority Review, such as the use of Priority Review vouchers, which are very valuable and therefore often sold to other companies.

Sponsors need to request Priority Review with the submission of their NDA. As noted above, Fast Track designation increases the likelihood that a product will be granted Priority Review. This, however, is not guaranteed, and the sponsor must still apply for the designation. The FDA responds to the request within 60 calendar days of the date of NDA submission.

Overall, CDER’s expedited pathways offer sponsors the opportunity to potentially bring their drugs to market quicker and with more guidance from the FDA. The pathways are fairly similar, so it is important to note key differences (highlighted in Table 1) to determine where your product may fit. With the exception of Priority Review, expedited pathways must be requested before NDA submission and can impact the entire development process. While the main goal of these expedited pathways is to benefit patients in need, sponsors can potentially benefit from lower clinical trial costs, more time on the market, and market exclusivity. 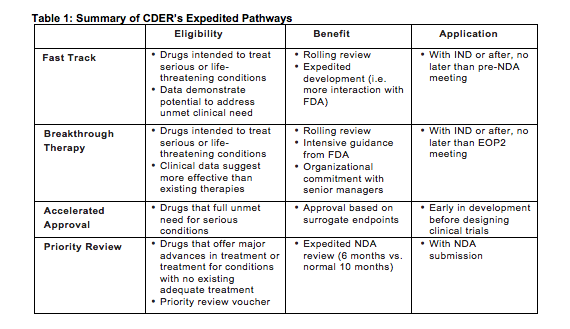 What You Need to Know About Application Orientation Meetings (Part 2): How to Prepare for Success

What You Need to Know About Application Orientation Meetings: Laying the Foundation

The Stakes Don’t Get Higher Than This: Racing Against the Virus to Help Moderna’s COVID-19 Vaccine Receive Emergency Use Authorization