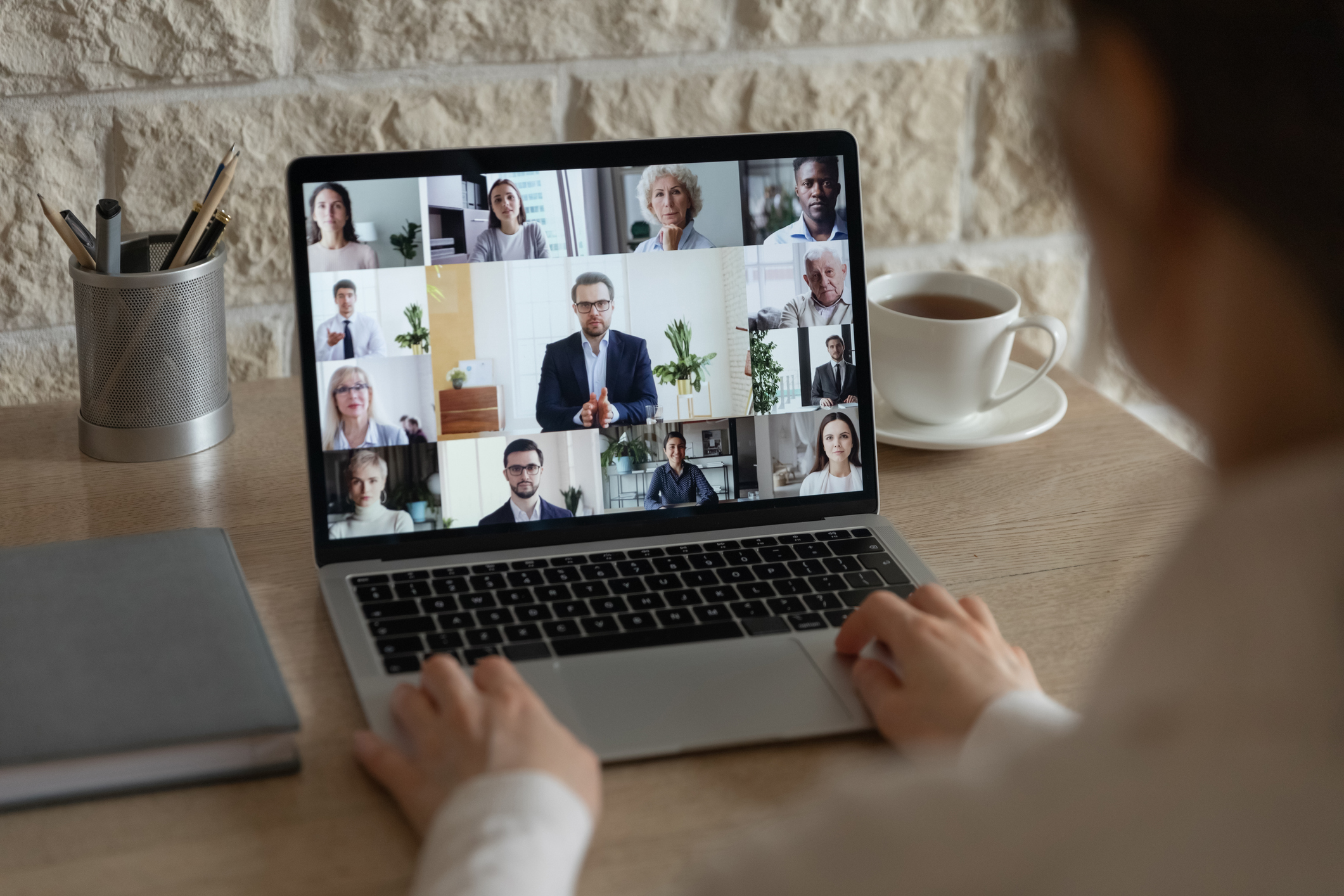 The Pink Sheet once again covered 3D Communications’ recent survey conducted among FDA advisory committee members on how their voting recommendations should be interpreted by the FDA – and their opinions on the contentious accelerated approval of Aduhelm. In this article, 3D co-founder Jim DiBiasi, shared survey insights on how Advisory Committee meetings should be conducted after the pandemic.

This article was originally featured in Pink Sheet on August 7th, 2021. It was also mentioned in the Pink Sheet article, “Some US FDA Advisory Committee Meetings Likely To Remain Virtual Post-Pandemic.”

Many US Food and Drug Administration advisory committee members appear willing to sacrifice some discussion quality to ease the attendance burden for their meetings.

Data from a 3D Communications survey of advisory committee members who have participated in virtual meetings indicates that while the majority believe in-person sessions present the best opportunity for a robust scientific discussion, the FDA should not ignore the ability of virtual options like Zoom to expand and diversify the potential pool of committee members.

However, most respondents, about 46%, want a hybrid meeting system after the pandemic ends and large gatherings again are allowed, favoring in-person meetings with a virtual participation option. Another almost 37% said future advisory committee meetings should be completely in-person and nearly 17% said the meetings should remain entirely virtual. (See chart below.)

“I don’t think it’s something where you can go halfway because if the FDA offers it as an option, the vast majority will take it and be remote,” DiBiasi said. “The sponsor could always show up and be there with the FDA, but the audience is the advisory committee so you want to be where the audience is.”

Despite the potential drawbacks, the agency seems to agree with committee members on the value of virtual meetings and is developing criteria for when they can be held post-pandemic. (Also see “Some US FDA Advisory Committee Meetings Likely To Remain Virtual Post- Pandemic” - Pink Sheet, 15 Sep, 2021.)

Before the pandemic forced an indefinite pause in in-person meetings, the FDA occasionally would allow an advisory committee member to participate in a meeting via teleconference. However, those instances were rare, and often agency officials had to take special care that the person’s opinions and votes were heard and tallied, as those in the room understandably dominated the conversation.

DiBiasi conceded that virtual participation is feasible post-pandemic, but preferred it be limited to those with a legitimate reason preventing them from attending in person. He also would want the advisory committee chair to be in the room along with the sponsor and FDA officials.

“It might make meetings more robust and get more subject matter experts included,” he said.

Respondents to the 3D Communications survey also wanted their votes to carry some sway over FDA decisions, including the ability to block an approval.

Just like working from home, FDA virtual meetings were lauded in the survey for being much more convenient. The vast majority of those advisory committee members that favored either a hybrid model or remaining completely virtual after the pandemic and gave a reason for their preference, 66%, cited schedule flexibility, including 75% of those preferring the hybrid model, and 52% of those who wanted remote-only meetings. (See chart at end of story.)

Among the reasons given in favor of the hybrid model were that additional travel time was not desirable. Those who wanted only remote meetings also said that the option is cost-effective and that the committees have greater equity in access and participation with the remote framework.

DiBiasi was not surprised at the results, given the quality-of-life advantages associated with remote meetings. But he wanted to ensure the option was not abused. “It needs to be the exception, not the rule,” he said.

DiBiasi has railed against the problems sponsors have experienced during virtual meetings, most notably the technology issues, but also the lack of visual and verbal cues usually found when presenting in-person and the distractions associated with viewing from home.

Some virtual meetings have been marred by audio and connection problems, not to mention more routine problems, such as forgetting to unmute before speaking. (Also see “GlaxoSmithKline Survives Technical Woes To Win US FDA Panel Nod For Belantamab” - Pink Sheet, 14 Jul, 2020.)

The future of virtual meetings likely is among the agenda items for the FDA’s advisory committee reform effort, which Center for Drug Evaluation and Research Director Patrizia Cavazzoni launched earlier this year.

Cavazzoni said virtual meetings could remain an option in some situations post-pandemic. (Also see “US FDA’s Cavazzoni Says Retaining Virtual Meetings Could Improve Communications Going Forward” - Pink Sheet, 24 May, 2021.) She also has said the meetings need to refocus on scientific questions and remove some emotion to

improve the advice committees render. (Also see “US FDA Advisory Committees Could Get Revamp With A Focus On Science Over Emotion” - Pink Sheet, 15 Jun, 2021.)

Indeed, flexibility for participation could increase the pool of available committee members, but DiBiasi prefers that FDA conflict of interest rules be relaxed instead and that meetings remain largely in-person.

DiBiasi also suggested that reducing committee sizes could be helpful. He said some have 20 members and there is not enough time during the meeting for everyone to ask questions. He said if the agency limited the size of the committees and focused on recruiting only experts in the field, the discussions would improve.

Cavazzoni also has shown interest in changes to conflict-of-interest rules, saying agency officials are frustrated that some committees don’t have relevant experts.

Conflict-of-interest complaints are not new. The 2012 prescription drug user fee reauthorization included a conflict-of-interest policy change intended to allow the agency more flexibility in finding advisory committee members. That move was prompted in part by rare disease advocates, who argued that in many cases there are only a handful of qualified experts, and most could not pass the screening process. (Also see “FDA Conflict Of Interest Policy May Be Biggest Conflict Of PDUFA Reauthorization” - Pink Sheet, 6 Feb, 2012.)

Still, the virtues of meeting in person remain strong. Suzanne Robotti, consumer representative for the FDA Drug Safety and Risk Management Advisory Committee, who did not participate in the 3D Communications survey, said in an interview with the Pink Sheet that in- person meetings at the agency run “substantially better” than virtual meetings.

“When they’re in the room and the person is giving a presentation, you see the visual responses around you, the data, it’s just a more concentrated experience,” said Robotti, the founder and president of the MedShadow Foundation, an independent organization providing information on the risks and benefits of medicines. “It’s much easier to get distracted when in a home or office. There is more stimulus to keep you focused [during in-person meetings].”

Another 21% said collegiality was an advantage of in-person meetings. Robotti agreed, adding that getting to know fellow panel members personally during breaks and meals is important.

“That’s great on a professional level, but it helps inform me as to how much weight I give their questions,” she said. “Every question that a panelist asks is of great interest to me because it gives direction on the data that I haven’t thought of. Having spoken to that person makes it much more helpful.”

One survey respondent also said that “it’s very hard to have [a] back and forth discussion over Adobe,”

referencing the Adobe Connect software used to facilitate many FDA virtual meetings. Another added that “there are many nuances lost on Zoom.”

Some sponsors also have complained about being unable to read panel reactions to their statements. (Also see “Virtual Adcom Vet Says In-Person Events May Be Better For Product Approval Recommendations” - Pink Sheet, 11 Jul, 2020.)

Robotti said that virtual meetings have run more efficiently compared to in-person events, in part because there is less lag time between presentations. But she

still hopes the agency returns to in-person advisory committee meetings once it is safe to do so.

“There’s a benefit to being there having the full concentrated focus of the panel and company and FDA,” she said. “This is an important job and deserves the full attention and travel and effort that it takes.”

DiBiasi agreed, saying that since his experience also suggests in-person meetings were more effective “then why don’t we go back to the most effective advisory committee [format]?”

A return to in-person meetings seems months away. The FDA has scheduled multiple advisory committees and other meetings through mid-November, all of them virtual, according to its website.

Schedule flexibility was popular among those favoring hybrid and remote-only options, while improved interactions and discussion were dominant among those wanting only in-person sessions.