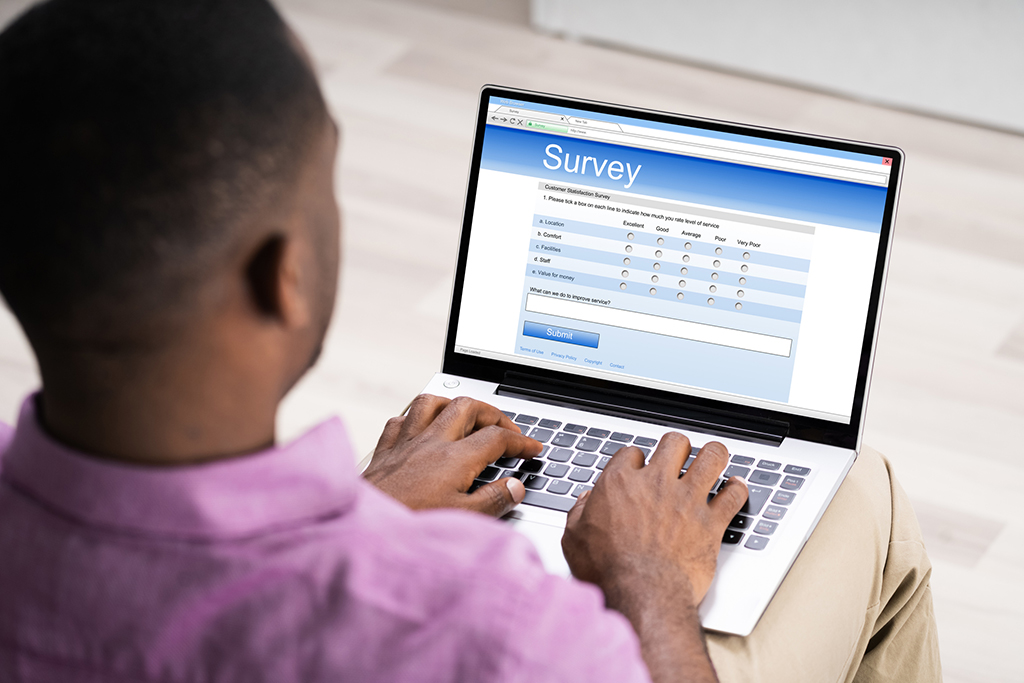 The Pink Sheet once again covered 3D Communications’ recent survey conducted among FDA advisory committee members on how their voting recommendations should be interpreted by the FDA – and their opinions on the contentious accelerated approval of Aduhelm. In this article, 3D co-founder Jim DiBiasi, shared survey insights on how Advisory Committee meetings should be conducted after the pandemic. This article was originally featured in Pink Sheet on August 7th, 2021.

A SURVEY OF ADVISORY COMMITTEE MEMBERS finds many believe that an overwhelmingly negative vote should prevent a product approval.

Many advisory committee members believe the panels should have more power over US Food and Drug Administration decisions, most notably the ability to block approval.

A survey of people who have served on drug, biologic, and device advisory committees over the last five years, conducted by 3D Communications, found that 63% believe there should be a threshold where an advisory committee vote is “so strongly against approval that the FDA should no longer consider approval for the product based on the currently available data,” according to slides presenting the results.

About 27% of respondents said there should be no threshold.

Jim DiBiasi, co-founder of 3D Communications, said respondents were not necessarily seeking more power but wanted appreciation for their service.

“When there’s an overwhelmingly negative vote, unless they truly missed something, they feel it’s not really a recommendation,” DiBiasi said. “It’s a directive.”

3D Communications, a firm that helps drug companies prepare for advisory committee meetings and other sessions, surveyed 1,226 individuals, the total who had sat on an advisory committee during the past five years. Of those, 1,068 received the survey invitation and 247 responded. The firm said 201 respondents answered the threshold question.

Survey respondents also were asked when an FDA approval was appropriate despite the majority of advisory committee members voting against it. The most popular answer, (48%), was “high unmet need or no available therapeutic options,” followed by “last-line treatment” (41%).

DiBiasi said that response suggests advisory committee members still seem to be open-minded about their role.

Interestingly, about 25% said “under accelerated approval or when a confirmatory study is required” and about 20% said when patients are willing to accept the risk were acceptable reasons to ignore an advisory committee vote.

63% of survey respondents said that an advisory committee vote should dictate that the FDA not approve a product. Most said the benchmark should be a 3/4 vote against approval.

When Is Approving A Product Over Adcomm Vote OK? 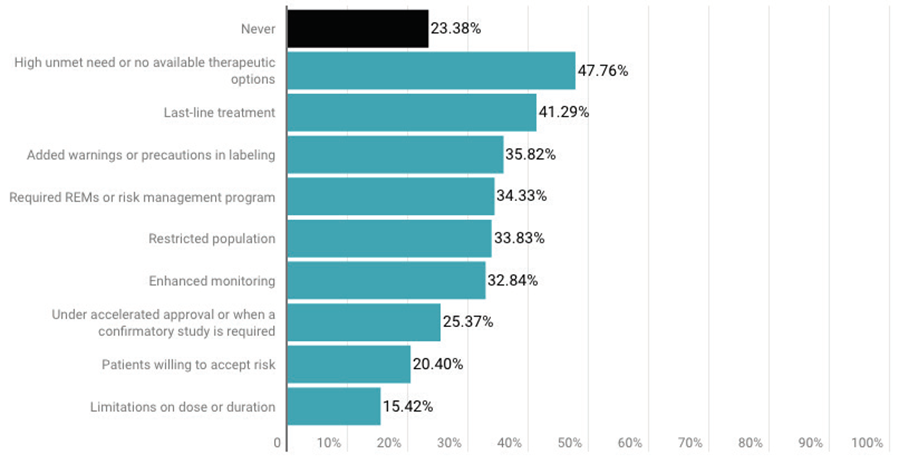 Chance For Power Shift Seems Slim To None

Committee members may feel they deserve some power over the drug approval process, but the likelihood of such a substantial change seems remote.

The FDA told the Pink Sheet that such a move “would not be consistent with applicable law or FDA’s obligation and authority to determine whether a new drug application should be approved or not.”

“FDA is obligated to approve, or not approve, drug applications solely in accordance with applicable statutory criteria, which do not include whether or not an advisory committee recommends approval,” the agency said.

Attorney Scott Lassman of Lassman Law and Policy said the agency should consider advisory committee votes but retain the final decision on approval. He said limiting FDA discretion would be a mistake similar to mandatory minimum jail sentences.

“They both apply a bright-line rule where there should be some discretion to account for individual circumstances,” Lassman said.

Among the main functions of advisory committee meetings is to conduct a public discussion of the product in question. However, committee members sometimes misconstrue issues or diverge on tangents during their discussions, which can affect their votes and comments. Several meetings, including votes, also have ended with unclear advice on a product’s direction going forward. (Also see “Biosimilar Advisory Committee Reviews: Necessity Or Nuisance?” - Pink Sheet, 20 Jul, 2016.)

Lassman also said the issue raises questions about the opposite situation, where the committee votes overwhelmingly in favor of approval, despite FDA concerns about safety or a lack of efficacy.

“Would FDA be required to approve if, for instance, 75% of the committee votes in favor of approval?” he asked.

The Pharmaceutical Research and Manufacturers of America also prefer the current structure, saying in a statement to the Pink Sheet that “while advisory committee recommendations do not and should not determine the outcome of regulatory decisions, the biopharmaceutical industry believes that advisory committee members, including the non-voting industry representatives assigned to each advisory committee, are an important part of the rigorous human drug review process we have in the United States.”

Cartier Esham, Biotechnology Innovation Organization's chief scientific officer, highlighted the fact that the committees are used “to obtain independent expert advice on certain scientific and technical matters,” adding that the “scientific advice the agency receives from a committee is one component of a comprehensive regulatory determination that FDA must balance in ensuring approvals are both scientifically rigorous and patient-focused.”

Attorney James Valentine, an associate at Hyman, Phelps, and McNamara and former patient liaison in the FDA Office of Health and Constituent Affairs, said that a voting threshold would change the intent of the advisory committee meeting from an effort to bring in more expertise to a check on the decision-makers. And that could require massive changes to the process to more resemble an administrative law hearing.

Valentine added that the FDA uses committee votes as a discussion prompt. Agency officials prefer to hear the committee’s rationale and thinking behind a vote.

Center for Drug Evaluation and Research Director Patrizia Cavazzoni wants to rethink the advisory committee process potentially to include more members with direct expertise, as well as make other changes. (Also see “US FDA Advisory Committees Could Get Revamp With A Focus On Science Over Emotion” - Pink Sheet, 15 Jun, 2021.)

Several ideas already are under consideration, including clearer policies on when advisory committee meetings are appropriate. (See sidebar.)

Adcomm Reputation Damaged, But Not Willingness To Participate

Survey respondents also were asked about the Aduhelm case, but only about half offered an opinion. About 40% said the FDA accelerated approval was not appropriate, while about 9.6% agreed with the decision. The remainder were undecided or had no opinion. (See charts at end of the story.)

A plurality of respondents (47%) also said the Aduhelm decision “impaired the reputation of the advisory committee process,” according to the slides. More than 29% said the decision caused no change to its reputation, while about 21% were undecided.

DiBiasi said the FDA’s decision to go against a nearly unanimous vote against Aduhelm’s approval was a bit surprising. While holding no opinion of the approval, he said the FDA could have done a better job communicating it.

Indeed, the agency has given multiple reasons for the label that Aduhelm received, but questions remain. (Also see “And Then There Were Three: Woodcock Offers Another Explanation For Aduhelm’s Labeling Fiasco” - Pink Sheet, 14 Jul, 2021.)

Among the most criticized aspects of the decision was that the agency stated the amyloid hypothesis was an acceptable surrogate likely to predict clinical benefit despite numerous failed trials in the area. (Also see “Biogen Gets ‘Almost Shockingly Broad’ Label For Alzheimer’s Drug Aducanumab” - Pink Sheet, 7 Jun, 2021.)

More survey respondents (79) said the Alzheimer’s drug’s approval was not appropriate than agreed with the decision (19), but most (100) were undecided or gave no opinion. 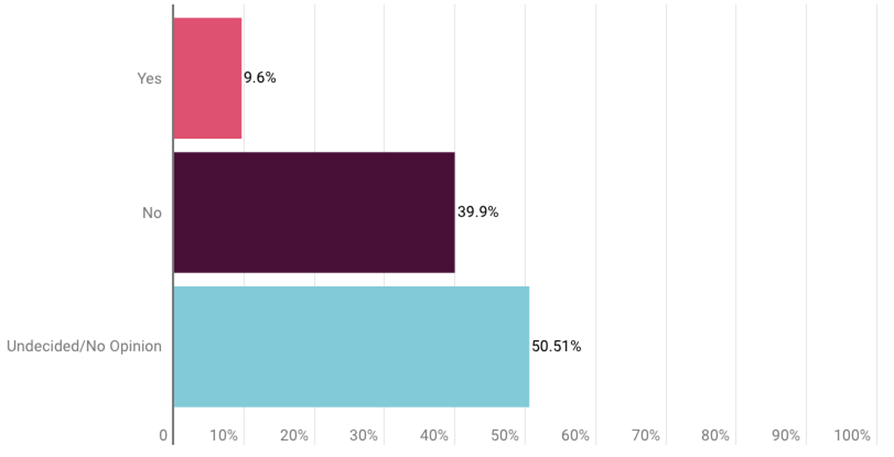 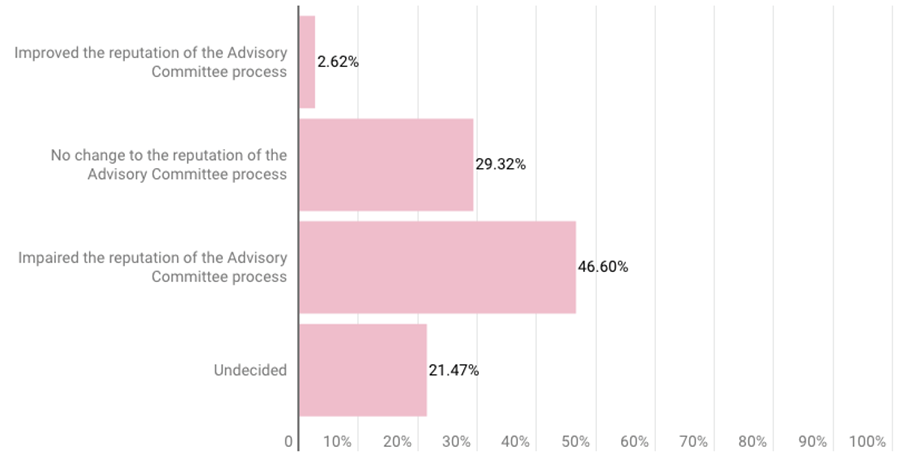 ...But Willingness To Sit On Adcomms Did Not Change 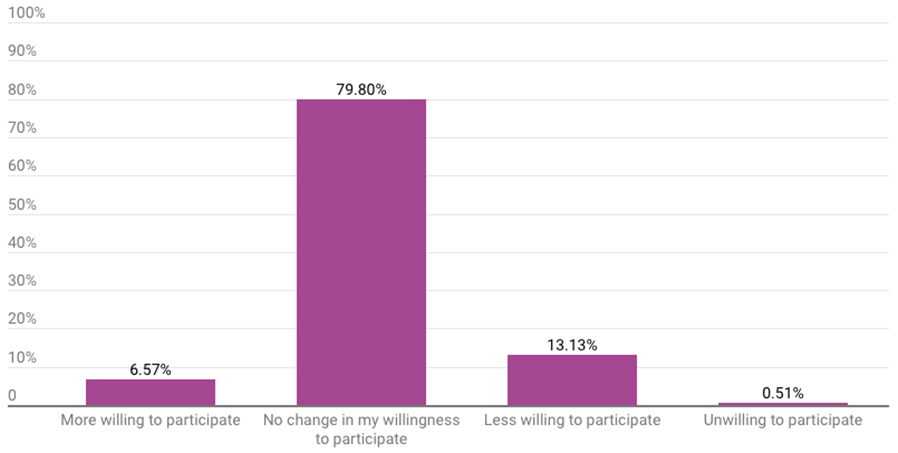