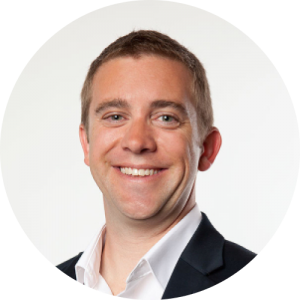 "I am proud to be part of a team that rolls up our sleeves to get the job done for our clients – no matter what it takes. It’s truly a joy to work with colleagues that are so dedicated to a successful outcome to every meeting produced."

As a senior producer and operations director for 3D Communications, Scott brings to clients over 15 years of experience producing FDA Advisory Committee meetings, mock meetings, and training on 3D technologies and processes. He is recognized for his attention to detail, high-level execution, and commitment to success.

Scott takes a “no-failure” approach to meeting execution. He understands that since Advisory Committee meetings are very high stakes for everyone involved, being technically perfect isn’t an option – it’s the rule. He believes in preparing today to avoid panic tomorrow, and is happy to worry about the technical aspects of meetings and interactions so that clients don’t have to.

After leaving art school at East Carolina University, Scott worked for several design agencies in the Raleigh, NC, area until landing at a medical communications firm in 2002. There he learned the life cycle of drug development. He led design teams that supported client messaging and branding for product launch. He then moved to Advisory Committee preparation, and in 2009, became a founding member of 3D Productions. Working closely with clients, Scott has designed and created new technologies and processes that have changed the way sponsors prepare for and execute FDA Advisory Committee meetings and communications.

Most of Scott’s spare time is spent with his son and daughter. Hiking, kayaking, fishing, cooking, and traveling are a few activities he shares with his children. He has been a longtime supporter of the National Wildlife Federation. Since losing his mother to a stroke in 2007, Scott supports foundations like the American Heart Association and Lisa Foundation for Brain Aneurysms to raise awareness of brain aneurysm and stroke prevention. He also supports the Raleigh chapter of JDRF and 3D’s nonprofit Get Stuff Done 4 Kids.