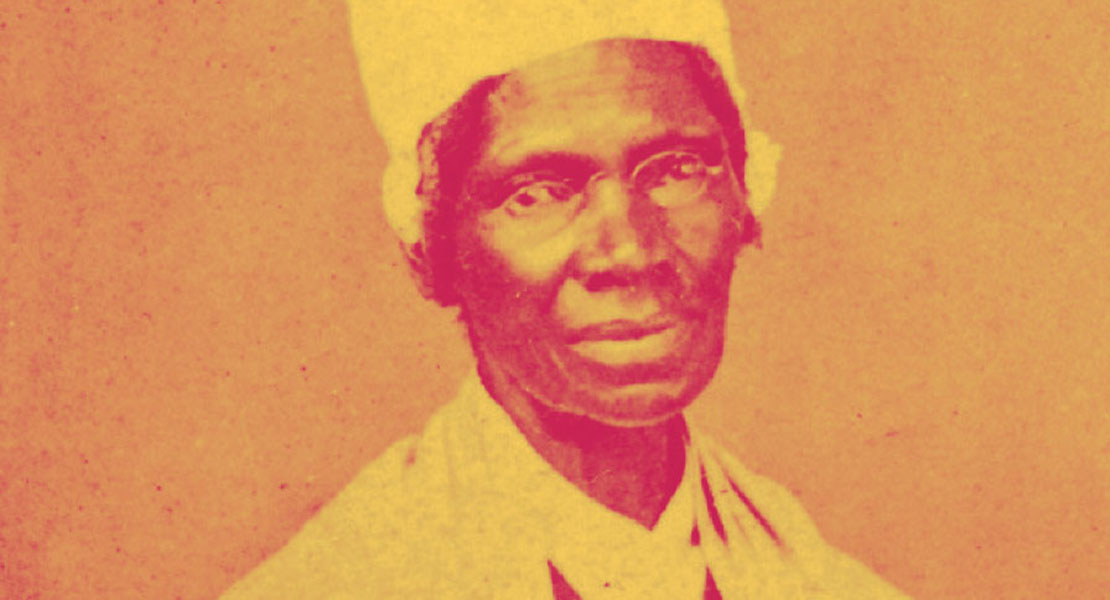 In honor of Black History Month, I’d like to recognize Sojourner Truth, one of the nation’s greatest leaders in the abolitionist and women’s rights movements of the 1800s, and someone who can teach us all about the transformative power of speaking authentically.

Ms. Truth was born into slavery as Isabella Baumfree. She escaped to freedom in 1823, carrying her infant daughter on her back, and forced to leave her other children behind. Baumfree found her way to the home of a family who bought her services until she could be legally freed. The Van Wagenen family also helped her file a lawsuit for the release of her son Peter, who had been illegally sold at just five years of age. She regained custody of her son and became the first black women to take a white man to court and win. (History, 2019)

Once freed, Baumfree became a fervent Christian, changed her name to Sojourner Truth, and embarked on a journey to “speak the truth” against slavery and oppression. Even though she could neither read nor write, Truth became a rising star in both the abolitionist and women’s rights movements, speaking against slavery and for equality for women before hundreds of audiences. At the Ohio Women’s Rights Convention in 1851, she extemporaneously delivered what would become her most famous speech on the unique oppression of black women — known today as the “Ain’t I a Woman?” speech. (Sojourner Truth, 2019)

During this time, Truth also managed to dictate her memoirs and earned her most famous audience with President Abraham Lincoln at the White House. While transcribed accounts of what happened vary, Truth was depicted as being characteristically authentic — telling Lincoln that she had never heard of him before he came into power. Lincoln is said to have smiled and told Truth that he in fact was quite familiar with her work. (Morgan, 2019) The historic significance of that meeting is clear: a black woman, former slave, and human rights activist meeting with the President of the United States while the ink was still drying on the Emancipation Proclamation.

How did Truth, a woman with no access to the power of the written word, gain the respect of so many in her time and influence so many more to this day? She had an authentic voice and she used it to influence people. And this is where we, as modern-day leaders and communicators, can learn from Truth.

American business leaders are usually brilliant, talented people, with multiple advanced degrees, at the top of their fields. And yet, given a lectern and a microphone, what too often comes out of their mouths is riddled with corporate jargon, buzzwords, complexity, and obfuscation. Despite the lip service we give about the need for leaders to be clear, concise, and focused in their communications, today’s top executives often feel they prove their value by “sounding smart.” What they fail to appreciate is that real power lies in simple, transparent language — their authentic voice.

Isn’t it ironic that authenticity is often lacking in corporate communication despite being so valued today? Company employees, customers, and other stakeholders expect transparency, integrity, honesty, and compassion displayed through their leaders’ actions as well as their words. Leaders are expected to communicate their core beliefs and values; to speak with passion in words that are relevant to their audiences; to mean what they say and say what they mean. Leaders are expected to practice authenticity in their delivery as well as their words, so they come across as credible and confident; and, to listen as much, or more, than they speak.

That’s exactly what Sojourner Truth did. As a leader, she personified her name, speaking with awe-inspiring courage, bold confidence, fierce strength, and undeniable authenticity. This helped her build relationships, foster understanding, breakdown barriers, solve conflicts, and foster peace. Against all odds, she used her authentic voice to help move a nation and influence history.

Let’s be clear. Sojourner Truth was a naturally great speaker. There aren’t too many of those. For the rest of us, speaking authentically is not something that happens spontaneously. It takes work — preparation and practice. But for anyone willing to put in the work, it’s nearly impossible to fail, and the rewards are well worth it. As we celebrate Black History Month, let’s learn from this pioneer. While we may not all be “naturals,” we can master the art of authentic communication and achieve our own — very important — communications and leadership goals.